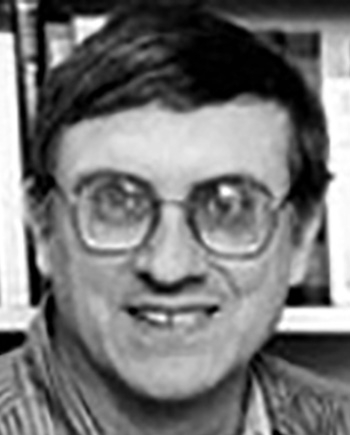 The Fox laboratory engages in a combination of basic and associate applied research. Much of our work focuses on RNA including studies of structure and evolution. The applied work relates primarily to applications of RNA technology in space flight and environmental monitoring. Our laboratory combines theoretical and experimental work. We commonly use the modern tools of microbiology, molecular biology and bioinformatics and high-speed computation.

A unifying theme behind the basic research projects in our laboratory is to understand the early evolution of life. To this end we are especially interested in the structure, function and evolution of RNA. Considerable evidence suggests that an RNA World preceded the modern protein world. It is our belief that this RNA World was terminated by the development of an RNA catalyzed mechanism for peptide synthesis. It is presumably this mechanism that was the basis for the modern ribosome. Comparative genomics studies done by others and us suggest that an essentially modern ribosome already existed by the time the current earliest detectable common ancestor of all extant life had developed. Thus, the ribosome presumably developed during the final transition from the prebiotic RNA World to true organisms. By deciphering the origins of the ribosome we can obtain a window into that earliest period in lifeís history. The key to our approach is to identify many instances in which one can argue that one component is older or newer than another. Currently, we are using an intensive bioinformatics approach to identify such events. For example, we have been able to identify what are likely the oldest regions of the RNA by examining the interconnectivity between regions- older regions having been around longer have had more time to develop interconnectivity. We are using both high- resolution structural data and genomics data in these studies.

In order to better understand the RNA World we need to better understand the evolutionary potential of RNA. In our view, there are many primary sequences that are consistent with any particular functional RNA. These sequences are a subset of the total RNA sequence space that can be referred to as a shape space or structure space. If one knew all the sequences that belong to a shape space one couldstochastically predict local evolutionary rates, transitions to other shape spaces and many other evolutionary properties. In order to study RNA shape space, we are using 5S rRNA as a model system. Our immediate objective is to develop algorithms that predict which sequences do or do not belong to a local region of 5S rRNA shape space. We expect to accomplish this by using three kinds of data, all of which are potentially obtainable for any RNA. These are; sequences of valid sequences from extant organisms, three-dimensional structures of one or more examples, and the in vivo phenotypic effect of single point changes at every position in the RNA. The laboratory phase of the project has two phases. First we are using site directed mutagenesis to obtain the required point mutation data. Second, we have developed an in vivo assay system that will allow us to examine the phenotype of the many random multiple event mutations needed to test and validate our predictions.

A key requirement in understanding the evolution of RNA and the composition of RNA shape spaces is to be able to predict the structure of RNAs from primary sequence data alone. In order to make progress on this RNA folding problem, we have categorized all the non-standard base-base interactions that have been encountered in RNA structure determinations. In doing so we recently discovered a new RNA folding motif and are currently seeking to develop rules needed to design new algorithms for RNA structure prediction. We also collaborate with Dr. Xiaolian Gao of the Chemistry Department to examine the structure of interesting small RNAs by high resolution NMR.

The genomics aspect of our work has led to a collaboration with Dr. William Widger of our department and Dr. Janet Siefert at Rice University in which we are seeking to better understand the evolutionary history of the cyanobacteria. Cyanobacteria played a key role in the early Earthís ecosystem and are thought to have been responsible for the rise in oxygen. We have identified cyanobacterial signature genes, most of which have no known function. In the future, we will be using hybridization array technology to examine the expression patterns of these genes in order to obtain insight to their roles. We also are continuing our comparative studies of cyanobacterial genomes.

Several applied research projects stem directly from this basic research on RNA. One of these relates to stable artificial RNAs derived from 5S rRNA. The idea here came from our discovery that it is possible to remove a section of the 5S rRNA and replace it with most any sequence less than 100 nucleotides in length without drastically changing the stability of the RNA product. The resulting artificial RNA accumulates in cells in very large amounts just as if it were a ribosomal RNA. However, it does not enter the ribosome. Moreover, the presence of the artificial RNA has no substantial effect on growth rate beyond that due to the wasteful synthesis. We are exploring the possibility of developing artificial RNAs that chelate metals or encode metal binding peptides that would chelate metals. In either case the host bacterium would obtain metal resistance that would facilitates its use in bioremediation. Another application of artificial RNAs that we are actively pursuing is in environmental monitoring.

Ribosomal RNA is in general an excellent tool for determining the genetic affinity of microorganisms. In collaboration with Dr. Richard Willson of the Chemical Engineering Department we are using RNA sequence information to develop methodology to detect and monitor bacteria and possibly viruses in space environments. This work includes the development of rapid methods of obtaining DNA and RNA samples for analysis as well as state of the art methods such as array hybridization to implement assays.